I moved to Colorado over 40 years ago, and noticed the state has a, well, "different" culture.

People in Colorado don't think it strange that some folks will go outside in weather that can be life threatening, just to play or exercise.

Some people will climb on their bicycles wearing an outfit that would embarrass any self-respecting stripper and go up steep mountain roads, and not do it to get to work or anything.  Just do it for "fun".  (It's kind of odd, because I never see them smiling...) 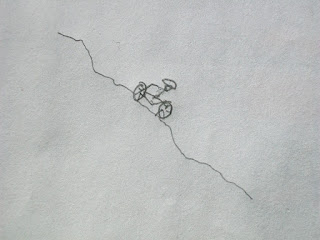 Some people will hike for hours, and then climb up cliffs just to get up on top.  It's not like there's a McDonald's up there or any thing. They just do it.

On a fairly regular basis I ride my horse.  Climbing on the back of a thousand pound fear driven prey animal is arguably not a reasonable behavior.

The festivals can be odd, too.  Like "Frozen Dead Guy Days" in Nederland.  "Fruitcake Toss" in Manitou Springs.   Or "Mike the Headless Chicken Festival" in Fruita.

I can't help explain most of that stuff, but some of the slang shortcuts can be kind of confusing until you know what they are really saying.

I've been working on a listing for the people that come into Colorado to help them with the  "o-o" abbreviations we use around here.

(I have to apologize to my friends in Boulder.  Love y'all, but it's so easy. YoNo?)


Posted by Allenspark Lodge at 7:14 AM