Have the Bionic Cowgirl and Beel Lost Their Minds? Part III

We came back from our second task elated, but tired. However, we had one more task to complete before we could call it a day. 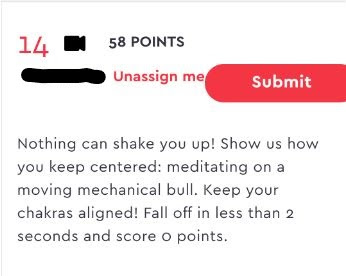 Bill put the "bull" together while Mom and I were putzing around after the ride. We were all so tired - who knew that walking a unicorn into the living room, then throwing a surprise fairy party was so exhausting - but I only had to ride the bull for two seconds. I could do that, so I did.

Here's the link to the video: https://youtu.be/3FSbKSVxYus

(Cross posted on Just another perfect day)
Posted by GunDiva at 7:00 AM