Pictures Tell It All 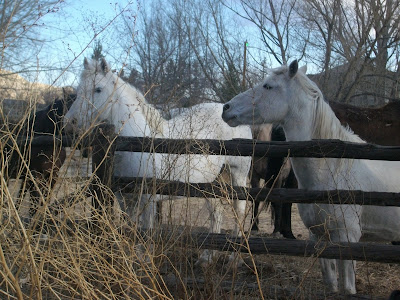 Hey, look what just pulled up.  Are we going home????  Jesse & Washoe never miss a trailer.

We arrived a little earlier than planned, since it can take a little 'persuasion' to catch Ranger some times and GunDiva had a schedule to keep.  Bill decided to start on the Ranger task... 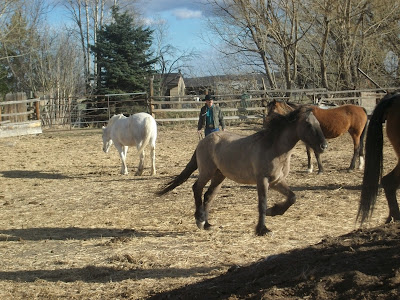 Ranger's thoughts on the subject! 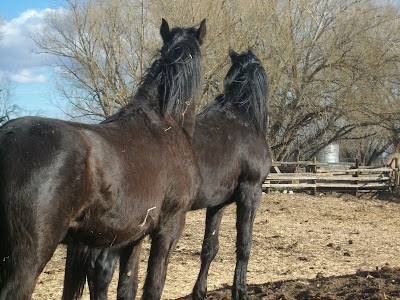 The two year olds - Dakota & Digger - think it is safer to stand on the hill and watch. 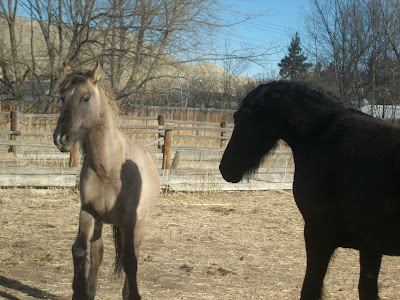 The 'bad dog' - Andromeda - loves to be the irritant.  Would you look at those ears, er, lack of?  They are laid so flat on her head you can't even see them! 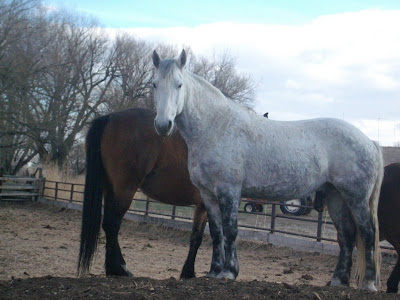 Eli, with Estes behind him, decided to watch from the hill also. 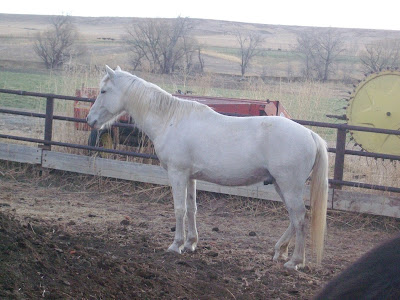 Washoe picked a corner to watch from.... 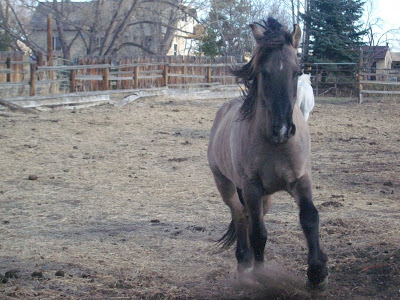 Nope!  Not ready yet.
By this time, we decided to load the grays in our trailer, before dufus Ranger could get everybody riled up.  Plus, sometimes it helps to just ignore Ranger.  Hey, where did all the attention go? 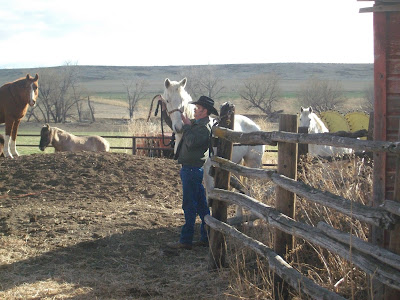 Mr. Easy-to-catch Washoe practically puts the halter on himself. 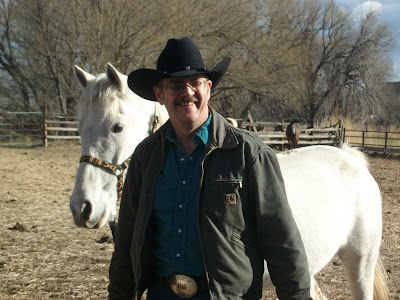 It's nice when they want to go with you. 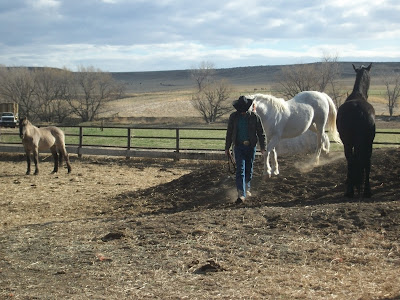 Jesse, made her normal once around the corral and stopped on the poop pile and waited, because you know you are supposed to do that before you leave the corral.  Notice Ranger watching in the background.  Where is everybody going? 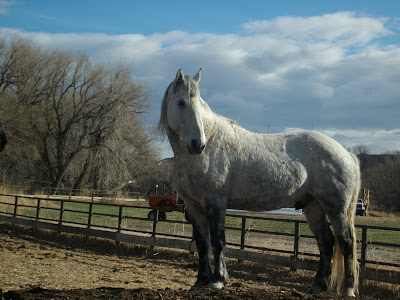 Eli, still watching from his mound.... 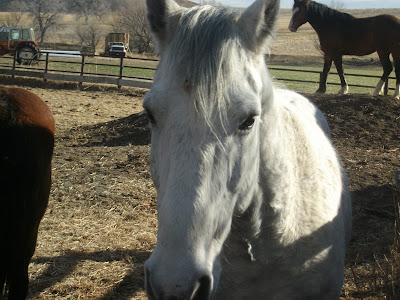 and now waiting at the gate for Bill. 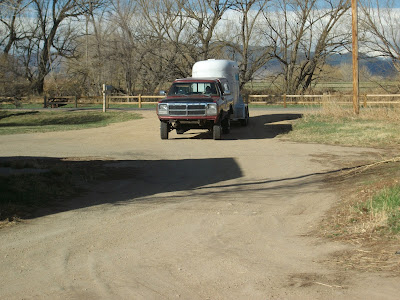 Just got all the grays in the trailer, shut the door and GunDiva pulls in. 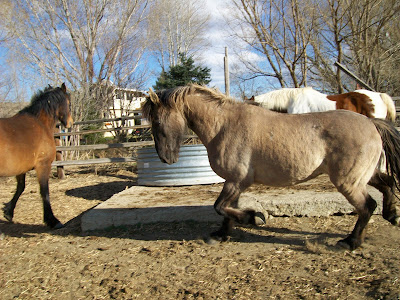 Round Two.  Starting over. 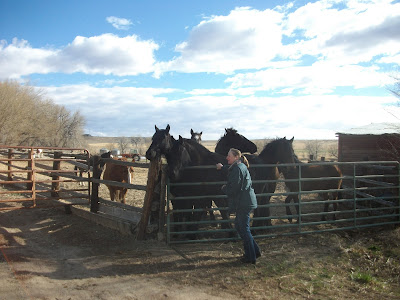 Holding the gate.
﻿In the mean time, GunDiva had walked up to Estes at the far end of the corral and calmly walked her out of this gate.  However, the rest of the herd wanted to go also.  Try holding back 6000# of horse - good thing they are well behaved and at a quick word they all quit shoving on it - or I might have needed another new set of hips! 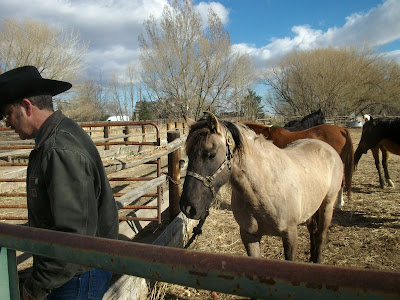 OK, let's go home.  After about three more rounds of the corral, even Ranger was ready to go.  He didn't even break a sweat! 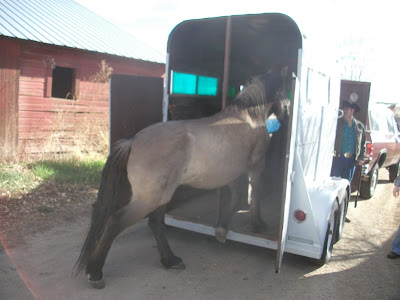 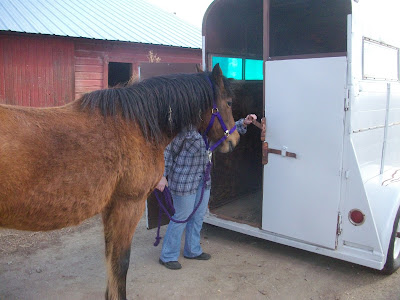 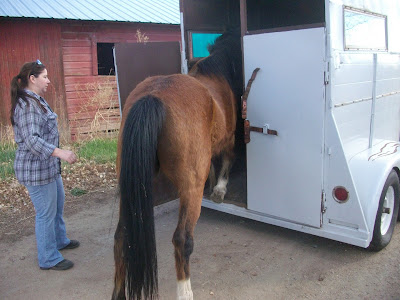 Loading up....
All told, it took us 23 minutes to catch and load up our crew of five.  It just seemed a little longer. 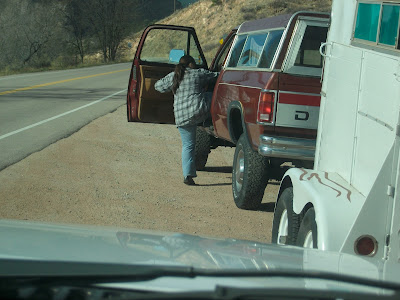 A short stop at the base of the canyon to make sure all is well...and RCC's truck is a bit of a stretch for GunDiva, but she makes it look easy (what with all her working out lately). 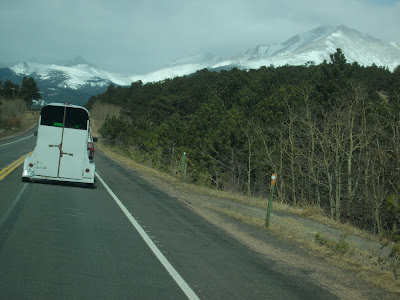 Back to the land of the snow.  That's our mountains, home to the crew. 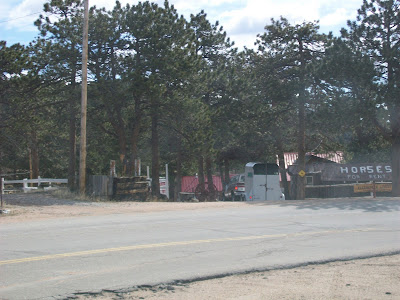 Pulling into the livery...almost home! 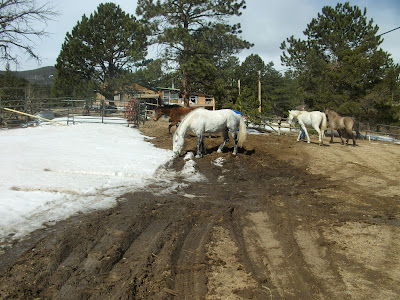 We're home.  Anyone for snow angels/pegasus wings?
This is the last bit of snow at the top of the corral, thanks to the last few days of wind.  I just came back from checking on them, and helping Bill tarp another of the big bales, and I got the most wonderful huge hug from my Jesse!  Of course, Washoe and Eli had to get in on it, too, but Estes only wanted a little pet.
Juanita﻿
Posted by Allenspark Lodge at 6:52 PM