B-  Hey Ranger!  I've got a few minutes, and some of our guests are going for a ride.  Let's tag along!

B-  They're only going out for an hour, so let's just use a pad.

B-  We're in the early part of hunting season, so I'm putting your BRIGHT ORANGE halter on you so you don't look so much like an elk.

B-  Great.  We get you all dressed up and it starts to rain.  I know, let's go sit in the hay shed for 15 minutes.  It'll probably clear up by then.

B-  Stop that. You turd, you're tearing the bales apart.  Let me stack some pallets on the bales and drag the wagon in front of them... 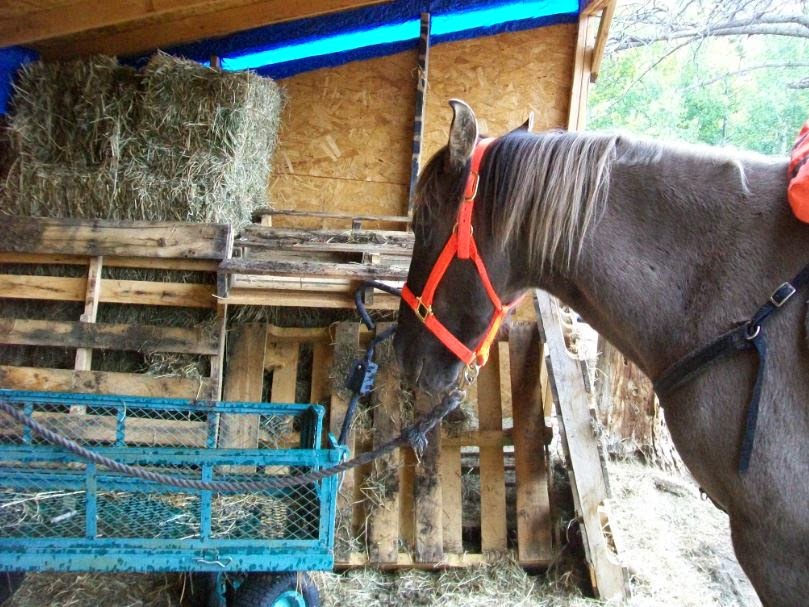 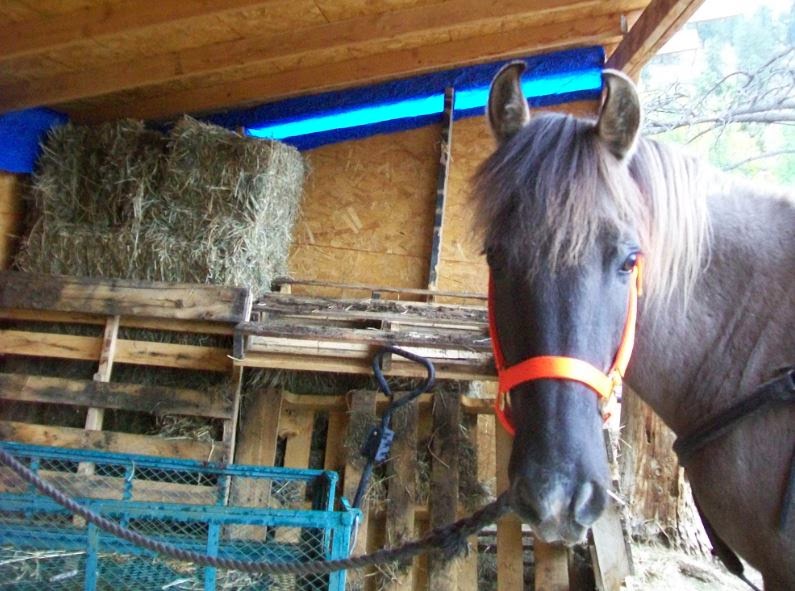 B-  There is still hay ALL OVER the ground.  Eat up buddy.  I'm just going to sit here. 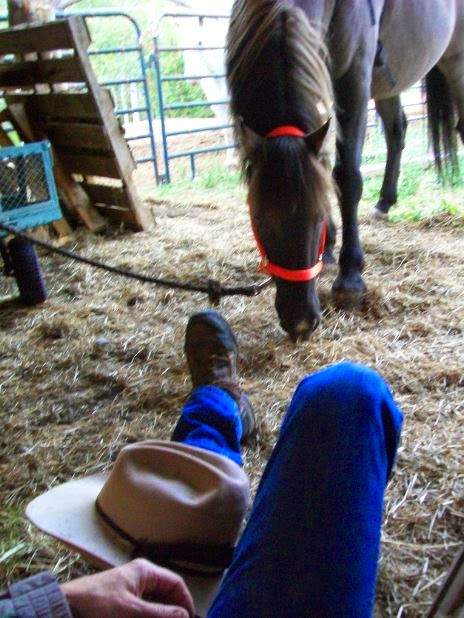 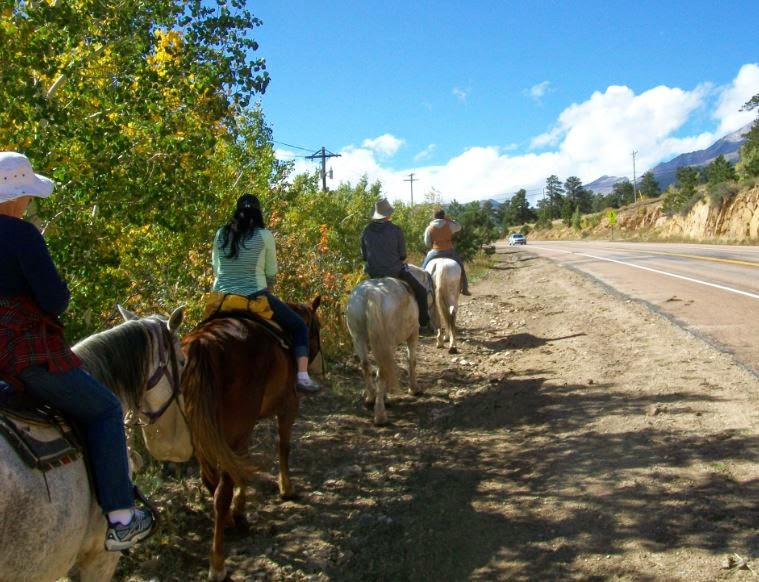 R-  The neighbor horses are being nice today. 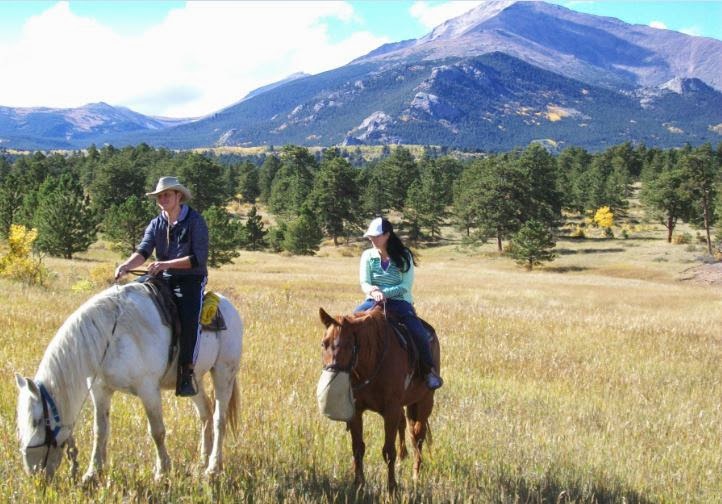 B-  Yeah.  With the feedbags on their faces, they don't get to graze.  Makes them much more polite. 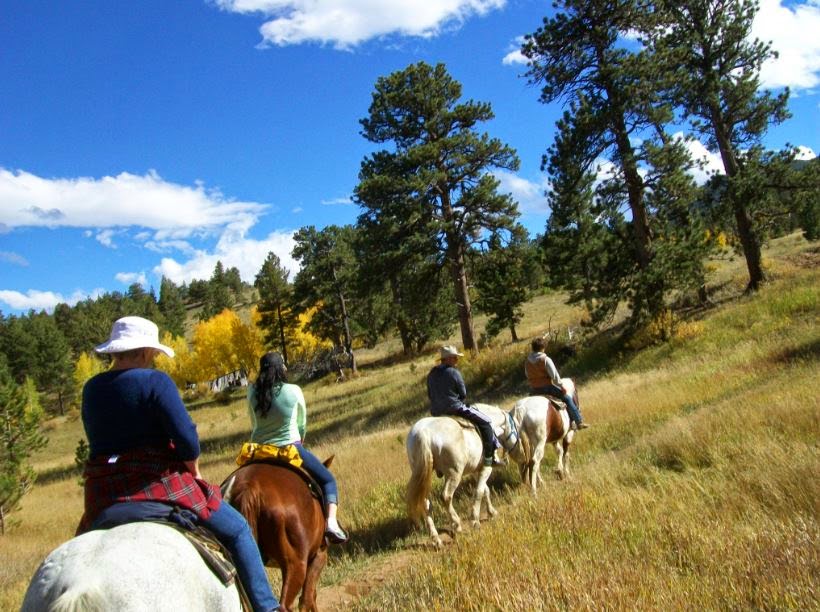 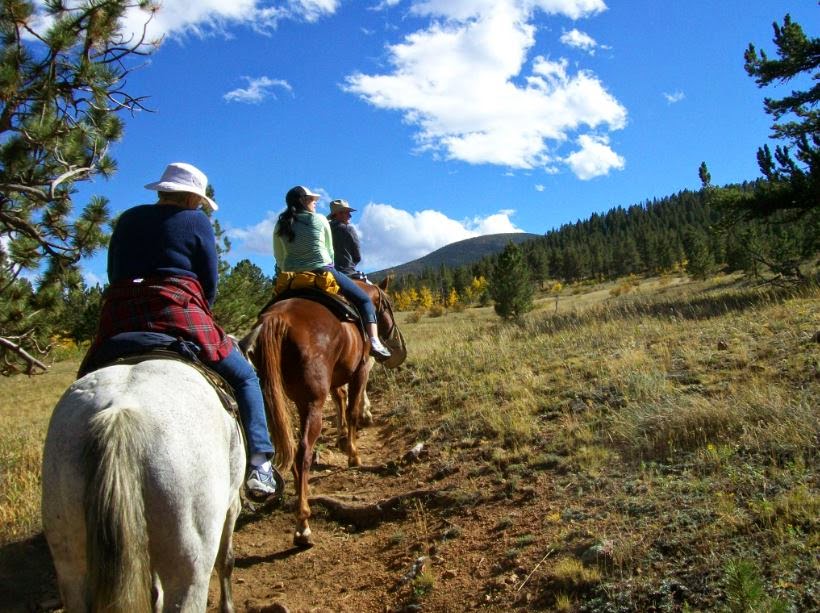 B-  Okay Ranger.  Just an hour on the trail, and we're back home.  Let's turn you back out with Jesse and Washoe before they have a fit.