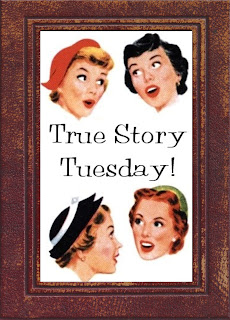 One wing nut.  Maybe I am dating myself, but I used to change the air filters in my cars by removing one wing nut.

I have been busy as a one armed paper hanger around here the last couple weeks, so I try to multi-task whenever I can.  So yesterday, when I took Juanita to her physical terrorist therapist,  I figured I would get the mini van ready for it's emissions test by changing the air filter in the parking lot.  I had the filter, and some tools and even the "Chiltons" repair manual, but why in the world would I need such a thing?  Just a wing nut, right?

Oh, look!  This isn't the box for the air filter, it's just an empty plastic box that is glued shut!  I think it's function is to hide the ACTUAL air filter box, mounted underneath it.

I removed another bolt or two, 3 or 4 hoses, and that allowed me to remove the empty box.  Sure enough, it was glued shut.  Probably just as well, or I probably would have tried to cram the new air filter in it anyway.

Another 5 minutes was spent trying to open the catches on the actual air filter box hidden underneath. When I finally got the catches undone, and the box lid open, I found there just wasn't quite enough room to remove the filter.  The box would have to come out.  The box would not come out.

I don't know if I mentioned the air temp was 11 degrees there in the parking lot.

Things were stiff, tight, and brittle on the engine.  So were my hands at this point.  I was 20 minutes into the process and still hadn't gotten the old filter out.  I was loosing the capability of rational thought.  A good Samaritan came walking by and asked if I needed a jump.  I stared at him with a slightly crazed expression and muttered something about wanting to become emperor for a day and imprisoning all automotive engineers in a dungeon and only feeding them all the live rats they could catch and eat raw.  He backed away and disappeared while I continued my teeth gnashing rant.

I finally wiggled the old filter out, and finessed the new one in, got the catches shut and started replacing hoses, bolts and empty plastic boxes.

Then, I dropped the wrench.

From long experience, I have learned you must find dropped things.  You don't have to get them, but it is imperative that you know where they are laying.  Sure enough, it had wedged itself in-between the electric fan blades and the radiator coils.  It would be very bad to leave there.  I was trying to make frozen my fingers pinch a small, slippery wrench in a VERY tight space when Juanita came out of the clinic.  From long experience, she has learned it is imperative that she not spend too much time talking to me when I have that look in my eyes.  She sat in the van, waiting patiently.

I spent another couple minutes at the wrench, and finally got it out.  I replaced the bolts, tightened them, put the tools away, and got into the van, and drove away.

I remember when it took 5 minutes to change an air filter, and that included the 4 and a half minutes it took to buy the filter.

Maybe the dungeon and rats would be too kind.  They should just have to work on the stupid things they design.