A judge, a lawyer, a cowboy and an Innkeeper went into a bar.  Then another bar. And another.  And another...

This trip consisted of four happily married men going off on an adventure, without their life partners accompanying  them.  This of course led to copious amounts of self medication at every liquor serving establishment we they passed.  Some of the establishments were driven to at days end, and some were ridden to on horseback, horses tied up out front, and left to nap while we went in for a wee nip.

The mood for the trip was set early on.  Night number one we went to a casino or 2 or 3 in Deadwood, South Dakota.  The horses were napping in their trailer after being fed and watered in the parking lot, but as we still needed to take them to our first camping area, I volunteered to be the designated driver for the evening.  By the end of the evening, the judge and lawyer were posing with the manikins in the dioramas and laying on their backs taking pictures of themselves in the mirrored ceilings in the casinos. 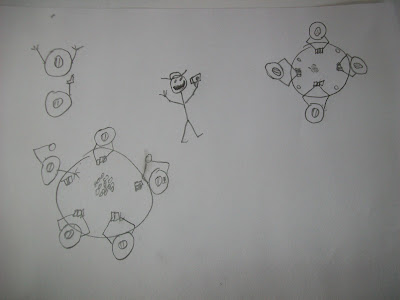 There is nothing like a good hangover to make folks swear off booze for... well... the next day, anyway.

Riding down the trail several days later, we spotted an old bar, and the gas station across the road had a hitch-rail.  Perfect.  In we went.  After spending some time cutting the trail dust (okay, drawing and quartering it), we had a mass hallucination.  We all thought we saw a fawn (as in baby deer) wander in the front door and walk behind the bar.  Uh...uh...ummm....  The bartender looked down, smiled and said "Oh, there you are!" and proceeded to fix the critter a drink.  Warm milk.  I'm sure he told us how he ended up being Mr. Mom to a fawn, but words weren't registering.  Just the image of a scruffy bartender holding a bottle for a baby deer, while smiling angelically, like a mom breast feeding a newborn.  Judge and Lawyer took pictures.

After paying our tab and heading down the trail, we rode by a hole in the ground next to the trail.  Suddenly a small cloud of dust poured out of the hole, obscuring our vision and startling our horses.  When the air cleared,  there was a new mound of dirt in front of the hole.  Then it blinked.  When it stood up, we realized it was what Cowboy later called "Absolutely the dirtiest human being I have ever seen".  "Well, hi fellers!" it says and after a minute we were all off our horses and a bottle was being passed around.  A small container of gold flakes was displayed, and war stories were told,  including a demonstration of how one throws ones self to the earth and fires at the enemy while rolling across the ground.  Cowboy swears the miner got up cleaner after he went down and rolled in the dirt.   Bottle was finished.  Goodbyes were said.  Judge and Lawyer took pictures. 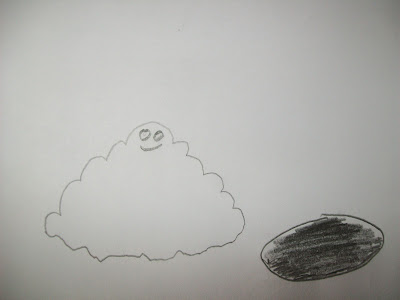 It was around this time that Judge and Lawyer commented on this great camera they had bought for this trip.  Now, you need to remember, years ago cameras required what we called at the time, "film" and when you took a certain number of pictures, you were out of film, and the camera would let you know by not letting you "wind" any more.  "We've been taking pictures for days, and this camera STILL isn't out of film!" they gushed.  Cowboy and I looked at each other, then back at Judge and Lawyer.  "So, which one of you two put the film in the new camera?"  we asked.  No kidding.   They had spent nearly a week looking through a viewfinder and making clicky-sounds at some REALLY cool stuff.  Just clicky-sounds.  No film.  Geeze, when these guys were introduced to me as "men of letters", I hadn't realized it only meant they had mastered their ABC's.  Well, mostly any ways.

Last bar was in Keystone.  Fun place with friendly wait staff.  They had a stage with an open mic night, and the judge went up and played his guitar.  The guy is GOOD, at least he was early in the evening.  As things progressed (read drinking), the playing deteriorated some, and Lawyer took over by telling jokes.  The sign on the front of the stage read "Family Entertainment", but the lawyer had his back to it.  The most memorable jokes involved jury selection, goats and good 'ol boys, and there aren't many families that would have approved.  Funny as all get-out though.  Just about last call, as several of the cute wait staff were inviting us to a bar that stayed open much later, the judge noticed a tattoo around the belly button of the gals exposed midriffs.  "What is that?  A crab?!?" he asks at the top of his lungs so he could be heard over the bar noise.  Smooth move Ex-Lax.  Things suddenly got quieter and colder as she set him straight.  "It's a rose".   Major beer foul.  Married long enough he musta been outa practice with that "flirting" stuff.  But then again, from the point of view of the rest of us, it was REALLY funny.

I truly enjoyed the whole trip, and as designated driver for the trip, I get to remember most of it.

But next time, I'll bring the camera.  And one of THEM can take the darn car keys.