I Went to Prison Today

This morning I went to prison.  Colorado's state penitentiary down in Canon City.  Our oldest daughter and her husband took me.

They took me to get my opinion on who they should try to have released, and bring home with them.

The Bureau of Land Management has a mustang holding facility at the state pen, and runs a wild horse training program using the inmates to help train and care for the animals.  The BLM rounds up the overages in the wild herds, and tries to get homes for them.  My mustang, Ranger, was held in this program for a bit.  He hadn't been worked with though, as he was already a cranky old turd. 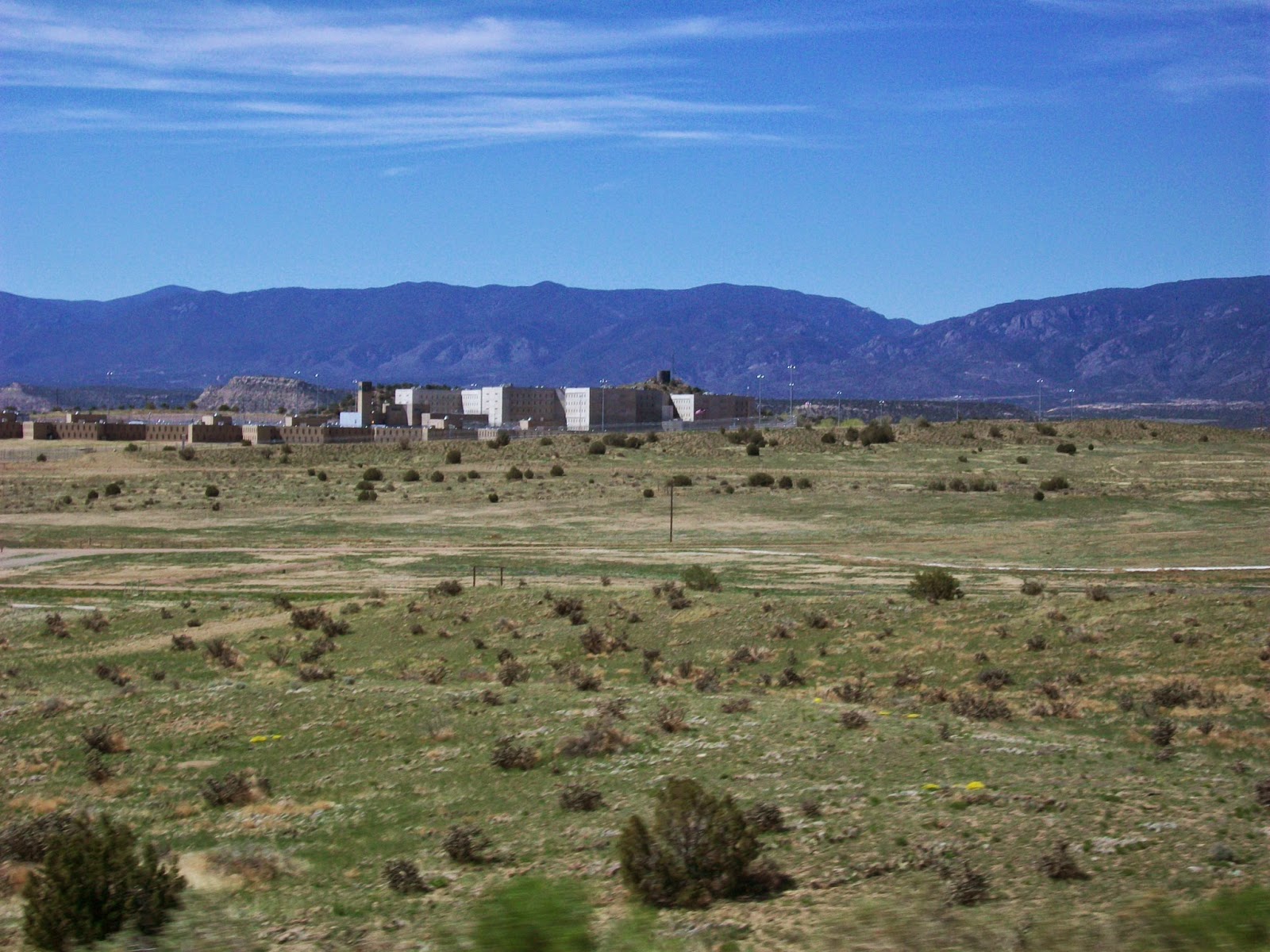 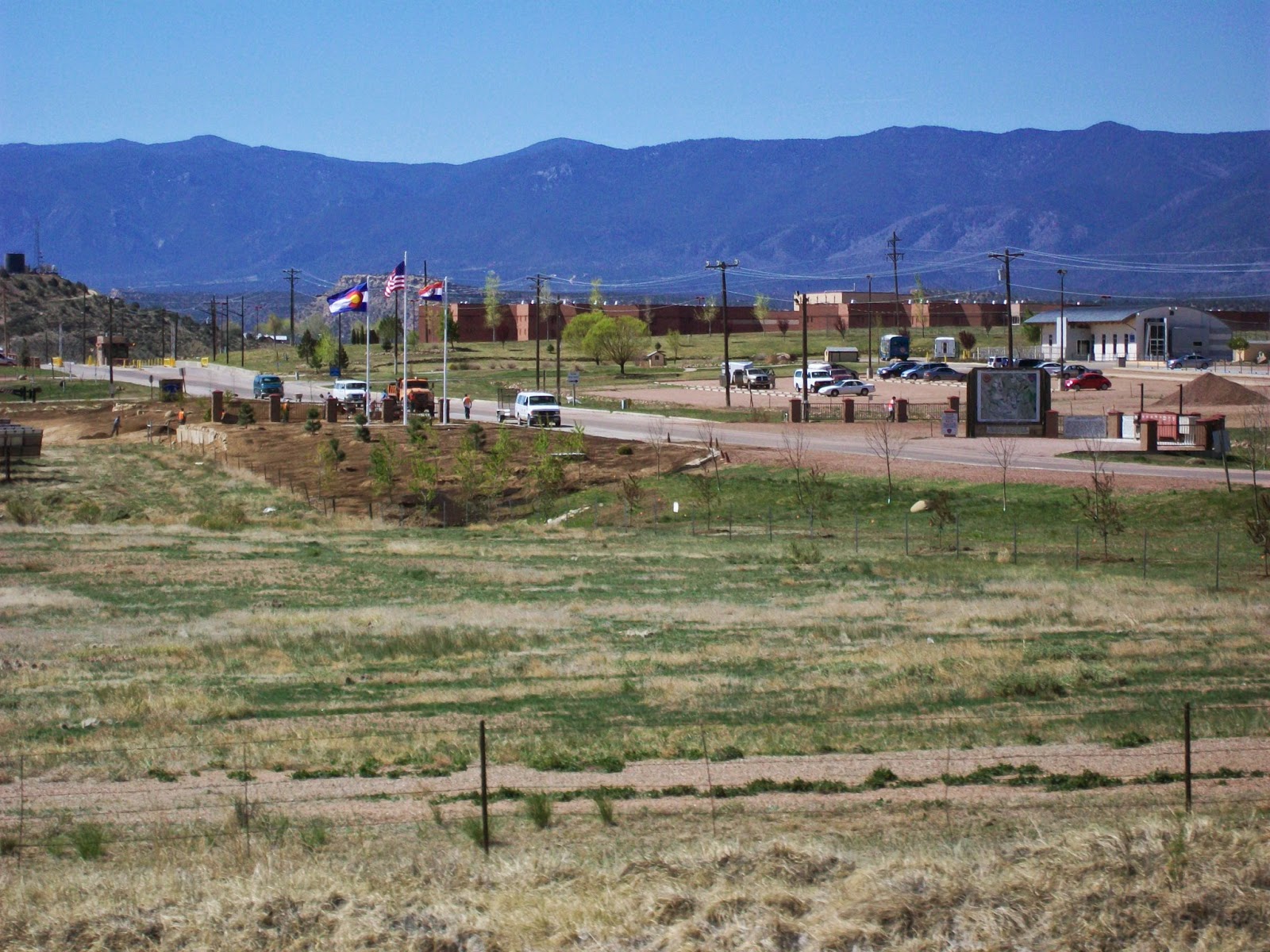 We arrived at the front gate with a list of "dos" and "don'ts".  No knives or other weapons, cell phones, radios, cameras, green or orange or camo or grey shirts. No cleavage.

No knife?  Arrg!  I walk with a limp if I don't have my Leatherman on my belt.

The no camera thing was hard.  I blog, and pics make the post.

Cell phones as contraband?  No problem.  I don't have cell service at home, so I rarely carry the thing.

Shirt colors was something of a problem for me.  It seems if you go by shirt color, I usually dress as an inmate or guard.

No cleavage?  Let me check.  Good to go.

Just a few sacrifices were made and we went to jail.

After signing a round of documents, a bus picked us up in the parking lot and took us into the prison grounds.  It was...odd...riding in a vehicle with heavy tempered glass windows and steel door panels welded to the inside of the doors.  AND WHERE THE HELL IS THE DOOR LATCH!?!  HOW DO WE GET OUT OF THIS DAM... The nice lady came around and opened the door for us when we got to the horse pens.

We walked through a series of pens, being mugged by the 3 year olds and being run from by the new arrivals.  By the time we got to the 4 year olds' pens, the feed truck had gone through.  We were looked upon with mild interest, but...food...don't you know.  We went through the geldings' pen first, and at least one contender stood out.  But when we got to the mares, it was pretty obvious we had a winner.

The horse that chose our daughter, looked up from her hay and walked over to us.  By us, I mean our daughter.  "Hi." the mare said.  "Pleasure to meet you.  Sure is a nice day today, isn't it?"  She gently nuzzled the kid a minute, and then walked off to get a drink of water.  Her tag said #7888. 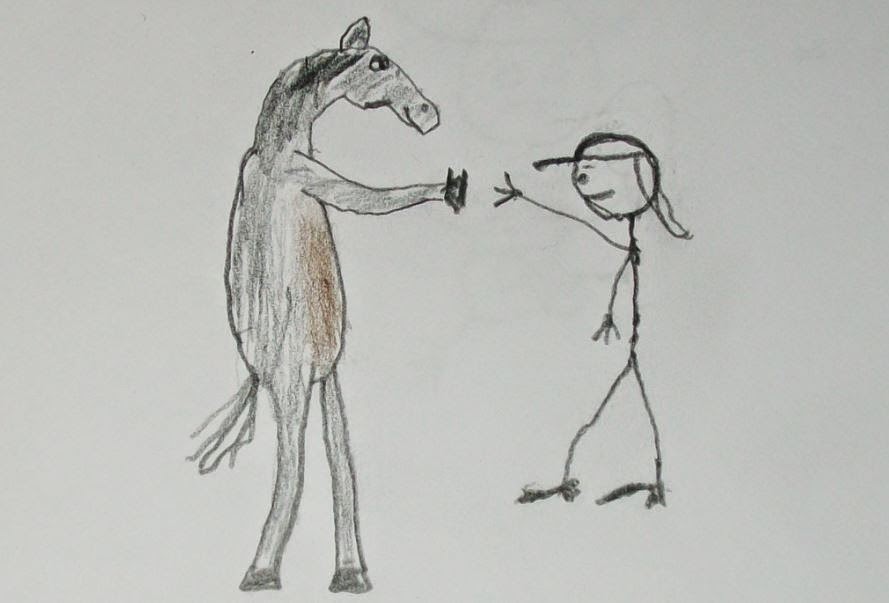 At the water trough, another horse dribbled a good glob of water on #7888's head.  So the little mare walked back to her chosen person and asked, "Can you give me a hand with this?" and didn't quite wipe her face on the kid.  Then she visited with the rest of us for a moment before heading off to eat again.

When the little mare wondered over the third time to see what we were doing, we quit looking at other horses.  Our kid started the paperwork, after shooing away two other potential adoptors that had been brought over by staff to meet this nice mare, #7888.  "Mine" she said.  "You were two minutes too slow."

"Skeeter" will be delivered sometime this week to her new home on the plains of north central Colorado.

Ranger will be baby sitting for the first week or so, until she settles in.  He's been through this before. 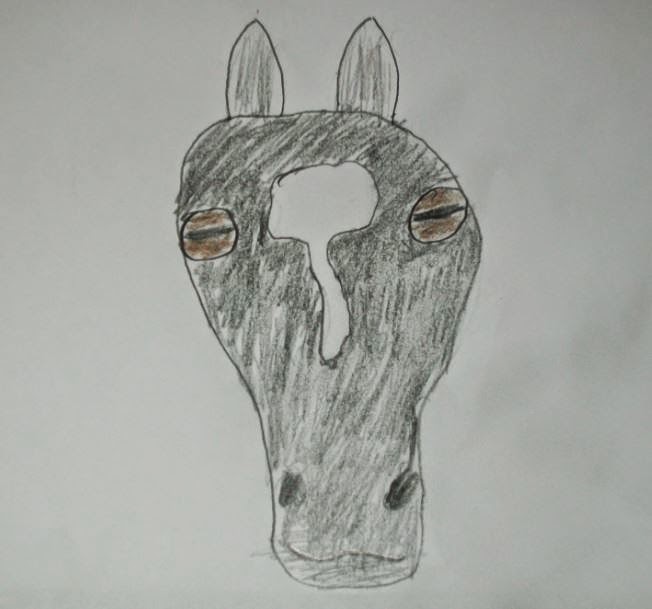 Posted by Allenspark Lodge at 8:43 PM