Managed to snag a bit of time today after lodge cleanup, so we grabbed all the horses and headed for  - PICNIC!  The horses love that word as much as we do.  As a training session, we figured Ranger could use a little more work of being ponied.  The last time he was a total drag (pun intended). 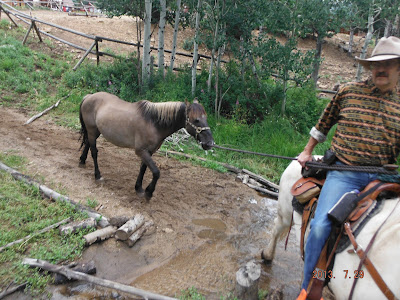 We opted to keep all the moving parts in the same order, since this was only our second session, so Bill rode Jesse and I had Washoe.  Washoe is good at ponying Jesse, but sometimes has issues with other horses; didn't want to complicate things for either of the boys by putting Ranger behind him.  When Ranger puts pressure on the lead rope, Jesse just 'shoulders into it' and pulls him along.  It's pretty easy for her; he's just a little guy. 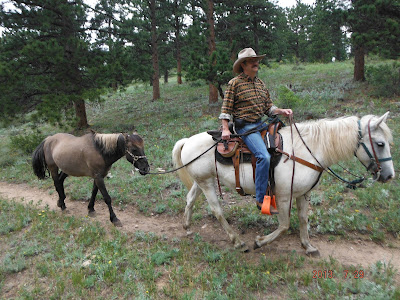 He actually has a loose lead rope here.  Bill says he only leans on it about one third of the time now; big improvement over 'all the time'! 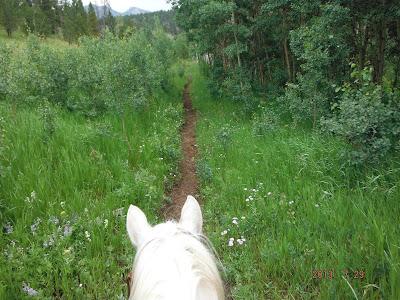 The trails are soooo lush right now; we have been getting multiple thunderstorms moving through every day; part of the reason it has been two weeks since I have been on one of my horses.  I was going totally stir-crazy, which made today's picnic an absolute MUST. 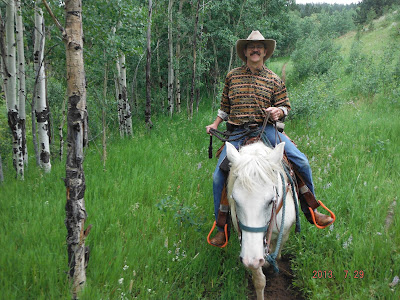 Hey, where did Ranger go?  Most of the time I couldn't even see him behind Jesse.  She enjoyed 'working' today. 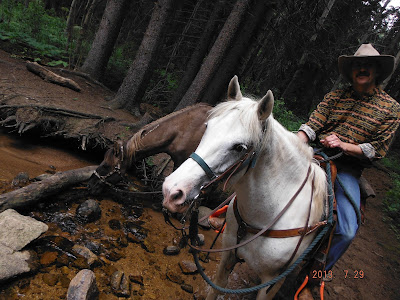 It was a good day for a nice, long drink in the creek.
There's the neighbors.  We intersected a trail that one of the Livery rides was taking. 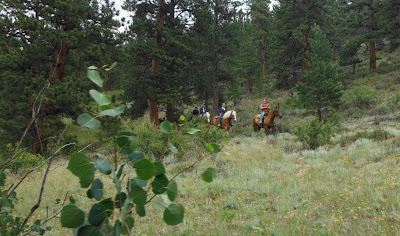 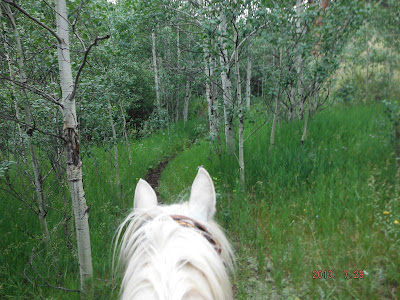 We followed the creek for a ways, to one of our favorite picnic spots.  I think by now, the horses had figured out where we were heading.  Washoe had perked up considerably by this time. 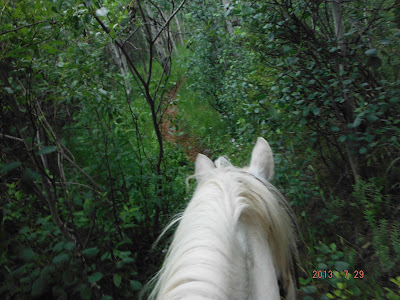 Soon it turned into a real jungle.  When we turned into the area we wanted, we could barely get through, the trees and shrubs had gotten so tight and there was NO trail at all.  Too busy weaving and dodging to get pictures of that!

We secured the horses, plopped down on the ground and pulled out our fave:  sardines and crackers - and of course, granola bars to share with the horses. 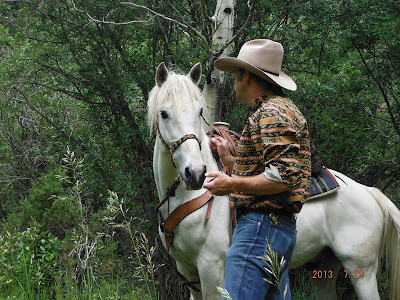 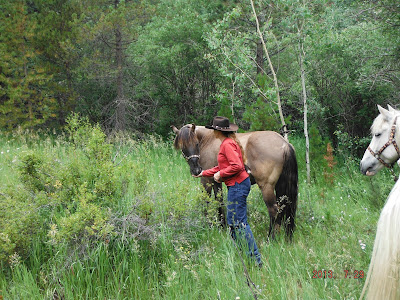 R:  Only one bite?  Are you sure you did not give The Kid too much? 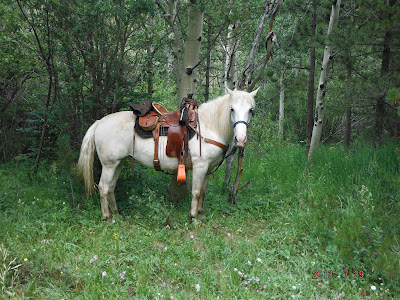 J:  Is this my good side?  She looks strange to me with Bill's gear on her - and her gear on Washoe makes him look even more like her. 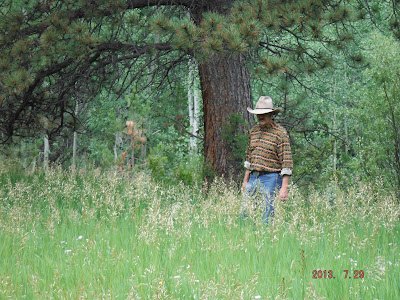 The grasses were waist deep on Bill; we couldn't even find our stumps to sit on.  We decided we'd best head for home, and sure enough, when we got up out of the trees, we saw the afternoon thunderstorm moving in. 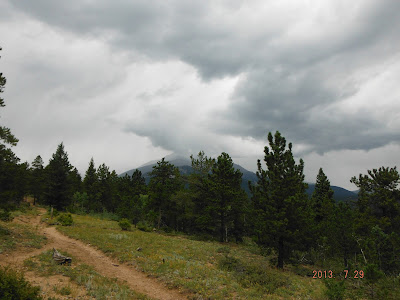 We made it home and just had pulled the saddles when the rain hit.  Talk about timing!  What a great - although short - picnic ride.
Bionic Cowgirl

Posted by Allenspark Lodge at 5:41 PM