Riding With the GunDiva 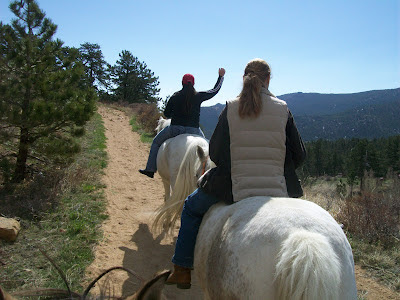 GunDiva was telling a story about some guy who dressed his horse up like a motorcycle, complete with the tall handlebars, and competed in a reining competition that way. She was showing how his hands would have been and trying to imagine riding like that. I think she was just doing a “Yahoo – finally on a horse!” I know it was only Washoe, and not her beloved Estes, but he really was a pretty good boy for her that day. 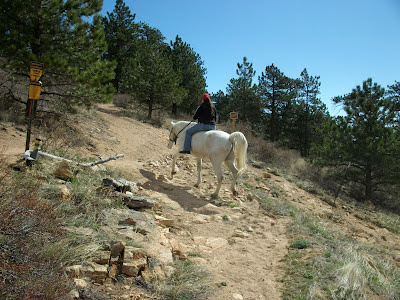 They had a mild discussion early on about "thou shalt not eat grass while I am on your back!" and he decided to listen.  On the other hand, Beel and Ranger decided it was a matching day, so if you find it difficult to see Beel in the pictures, it's because he and R are camouflaged. 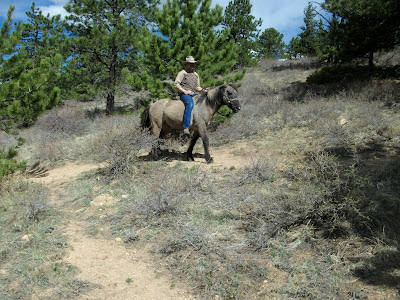 Over the top and down the first slope to the known snow fields.   Uh, there was a lot of snow here a few days ago.  Just smallish drifts now, but we still had to play in them.... 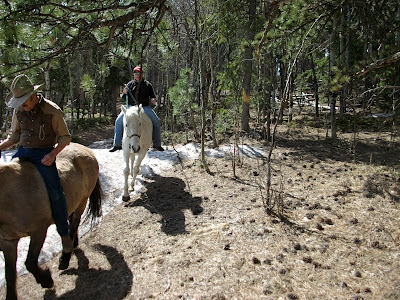 We finally hit the meadow, not a sign of snow, lots of dry grasses (too early to look like this!), lots of downed trees from the high winds, and finally up and over another hillock to find very small patches on the northern slopes. 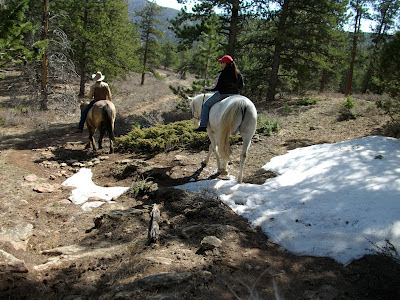 "This is pretty dry.  Shall we try Pinkie's Gulch?"  OK, this used to be GD's least favorite trail - well maybe behind the goat trail - so she was less than enthusiastic.  She's never enjoyed downhill, even in a saddle, but she is a much better rider since going 'saddle-less'.  A short discussion about the possibility of encountering a bank of snow part way down, with a reminder of how well these guys can maneuver on narrow trails. 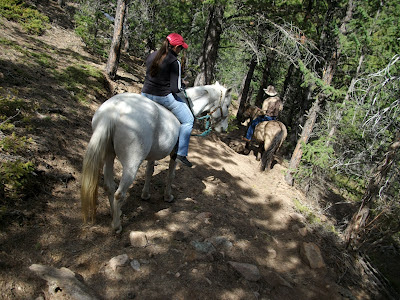 This is quite a steep trail and tight up against the trees, but Washoe says he's game! 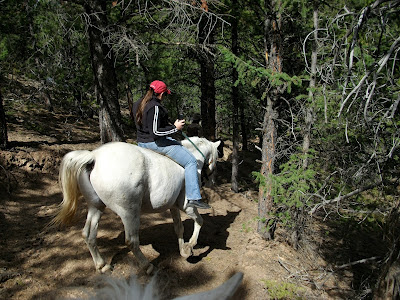 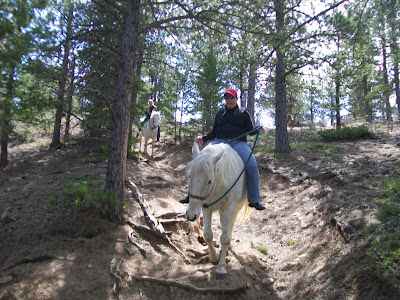 Of course, we find some icy spots and snow, mostly at the bottom, but the horses traversed them like they didn't exist.  Remember the pictures of their big feet? 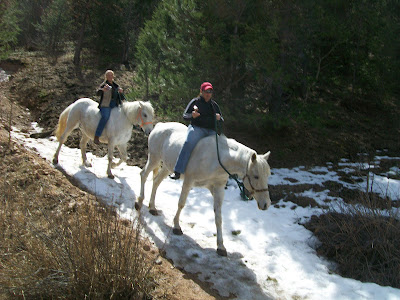 The snow naturally dumped us right into the first water crossing of the day - Fox Creek. 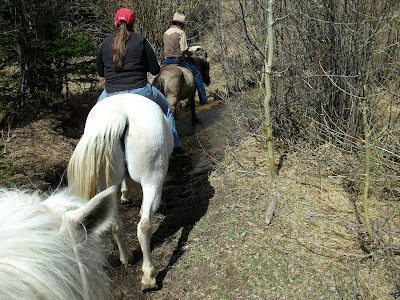 Where to now?  Let's go to the lake!
To be continued....
Bionic Cowgirl

Posted by Allenspark Lodge at 6:46 PM