It snowed today, but a couple days ago you couldn't have asked for nicer weather.  Saturday we saddled up and went for an hour or two ride around town.  I was on Ranger, Juanita was riding Washoe and ponying Jesse. 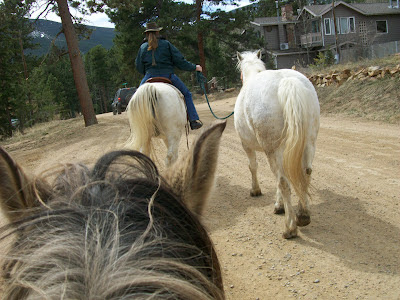 Things were pleasantly boring until we reached the local llama ranch.

Now, Jesse and Ranger have met most of these llamas before.  But Washoe has apparently NEVER SEEN THE LIKES OF THESE THINGS.


They are llamas, Washoe. 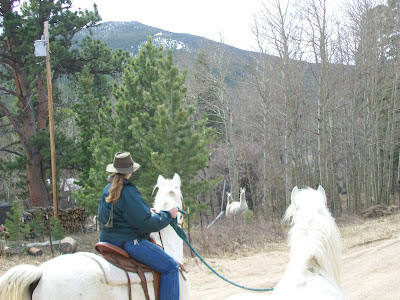 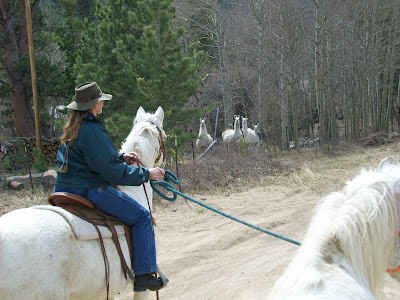 Too many llamas.  I'm outta here!

Things got a little too exciting for me to take pictures for a moment or two...

I ended up with Jesse so Washoe could focus on living through the upcoming "attack of the uglies".

The rest of the ride was pretty uneventful, even with the new downed trees by the road. 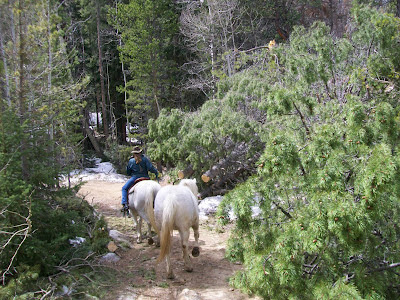 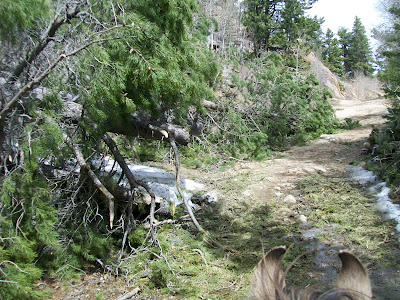 Another ride survived.  But just.

Posted by Allenspark Lodge at 3:04 PM