Thanksgiving is over.  And Black Friday has a different meaning for me.  I avoid the stores, so my angst comes from a different source.  Christmas decorations.  In particular, glitter.

Glitter.  It's the single most powerful weapon used in the War Against Christmas.

The stuff is loosely attached to nearly every Christmas decoration you can buy, and will fall off at the slightest breath of wind or touch.  Then it spreads throughout the room, spread by air currents or small demons, and placed in the carpeting, never to come out.  You can vacuum the carpet a dozen times, and that stuff will still blink at you from the recesses of the pile.  If you enjoy clean carpets, it will kill the joy in the season for you.

I can't help but think that most other religions don't have this problem, so maybe...

"Honey, Can we be Buddhists just for December?  We have that old mantle statue of Buddha with a clock in his belly, and the gold paint is hardly flaking off at all!"

"Dear, let's become Wiccans for a couple months.  We could leave the Halloween decorations up til winter solstice.  I like black cats!"

"Say now, let's go Hindu!  They have THOUSANDS of gods.  It will always be someones birthday.  We'll just leave the decorations up year round and never need to move them!"

Naw...I guess I'll just make a conscious effort to NOT BUY any decorations with glitter on them from now on.  But that's really going to limit the number of ornaments this year. 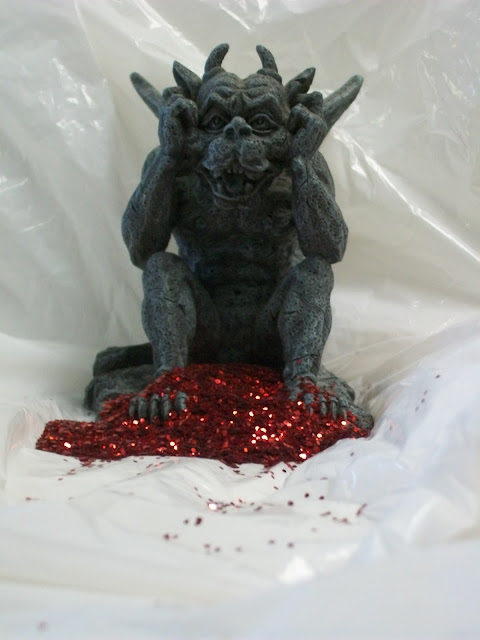 Glitter.  It's the devils dandruff.

Posted by Allenspark Lodge at 12:30 AM 3 comments: