About the middle of last month, we moved our horses down the mountain to winter pasture.

There are 9 or 10 other horses down there being boarded by our farrier's dad, Scott.  Scott was our farrier about 15 years ago, but his son took over our herd after a year or so and has worked with our horses since. 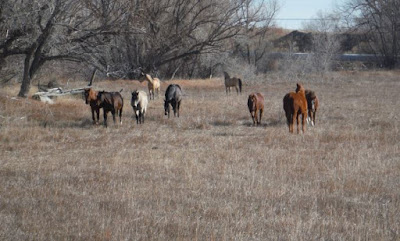 The herd that our guys have joined is a fairly diverse group, but all seem to be pretty friendly.  Except for one that Scott calls the "Muslim Terrorist".  Seems that this particular Arabian horse, with a crescent "star" on his forehead, had kicked Scott in the leg "so hard I couldn't cuss."  If you know this old cowboy, you'd know that must have been a heck of a kick.

Ranger might disagree with my assessment of the  "friendliness" of the herd.  Several of them spend their time trying to chase and bite Ranger.  Washoe spends a good deal of his time running interference for the old guy.  Ranger may, for the first time since I got him, NOT be the number one gelding in the herd. 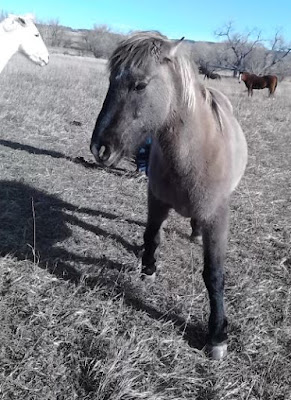 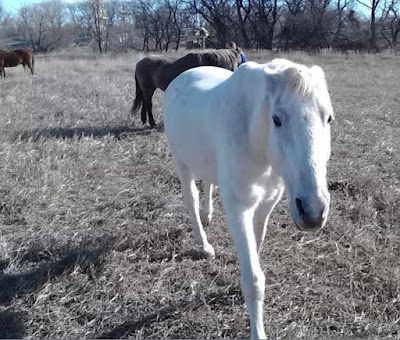 Alloy just seems to be spending his time just RUNNING.  He has a new buddy in the herd.  It is, of course, the terrorist. 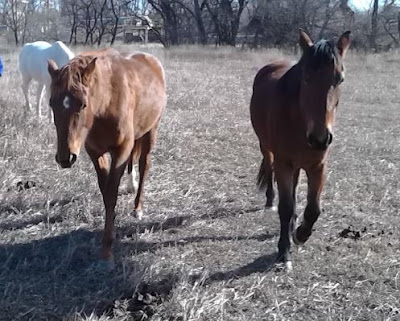 Speaking of Alloy running, today is the 1 year anniversary of Alloys "Great Escape".

The herds seem to have melded to some degree, and they are only a half hour away, but we miss them.  Particularly on sunny days when we could be riding.

I think our guys are enjoying the time off, though.  Lazy bums.