If There Ain't Pictures, It Didn't Happen

There is a saying among bloggers, that if there are not pictures to prove it, it didn't happen.

Several days ago, I took Ranger out for a ride with one of the new wranglers from across the street and his horse.  We had a great, though short, ride, because of the snow drifts still blocking the trails.  I have no pictures to post.

The next day, Juanita and I took Juanita's mom to lunch for her birthday (nineteen, with lots of experience) along with a couple of our kids and some of our grand kids.  We went to a Fort Collins landmark called "Vern's".  I spent lunch being watched by what may be the greatest example of taxidermy I have ever seen.  I didn't get a picture.

However, our oldest daughter took a picture of the cat for me with her phone. 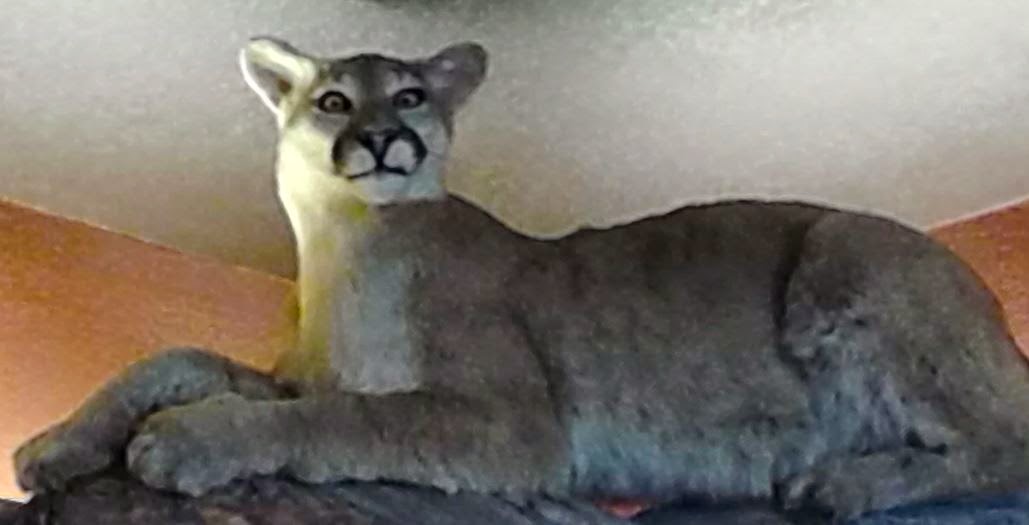 This lion stared at me the whole meal with this wide-eyed "WTF?" sneer on his puss.

Made me very happy.


The following day we went to help our eldest daughter and her husband play with their horses.  At one point I was playing "dead man" draped across the back of her mare.  The stink'n horse reached back and bit me high on the back of my thigh.  No pictures.

(And no, I'm not taking a picture of the bite mark on my rear now that I'm home, even though I have my camera here.)

Later that day, we went to a wild life refuge north of Denver.  The Wild Animal Sanctuary is a BLAST.  It is chock full of lions and tigers and bears.  Oh my.  They are mostly animals that have been taken by law enforcement or turned in because they outgrew the apartment that people were keeping them in.  Odd that you wouldn't want to share your 800 square foot apartment with an 800 pound tiger...

I didn't get any pictures of the animals or the mile long elevated walkway.

I am a failure as a blogger.  There just ain't 'nuthing happening.