On the day before this day Beel telled me "Hey Buddy, we're going on a road trip.  Trailer tires, and then you go stay with our daughter and son in law's horses for a couple days.  You'll be baby sitting Copper while we take the mare to film an episode of  Horse Master."

I do not understand.

I went alone into the rolling shed behind the stinky truck.  The Mare and That Kid did not go with me.  That was not the usual. 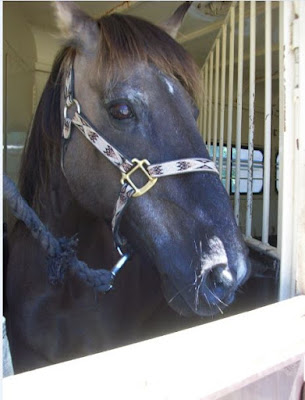 The man tooked the black rounds off of the rolling shed.  I was not too scared.  I watched and eated hay. 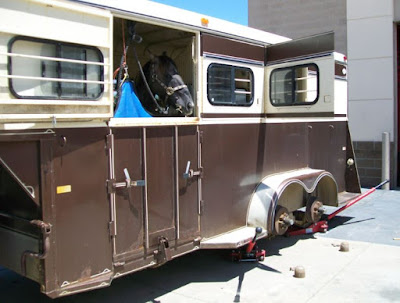 The man putted the black rounds back on the shed and we wented away.

I do not understand.

Then we wented to The Girls house that had The Other Mare.  There was also another horse now.
I showed them around their yard in case they had not noticed what was there. 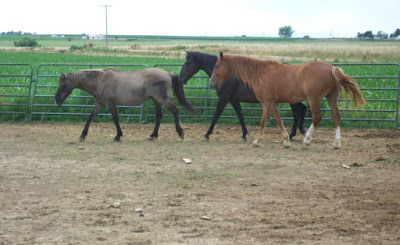 I finded hay for them. 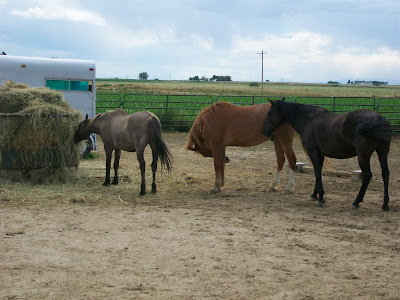 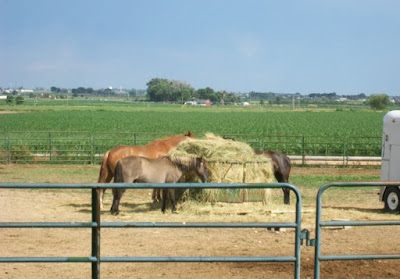 He was pretty good behaving.  I am sure I will have to tell him again later.  Horses can be not very smart.

Sometimes they do not understand.

Ranger.  The horse.
Posted by Allenspark Lodge at 11:25 PM